My Three Words
Back to Gallery
//horizons.remaking.astounded

Tamar and Gavin Osborn explore Goole’s extraordinary history focusing on the docks, the River Ouse, and the different ways water has been used and manipulated during the town’s existence.

Goole Soundings brings together a range of elements to explore the site they’ve chosen on the River Ouse. The audio features underwater, Geofon, electromagnetic, and field sound recordings taken from the site, combined with an instrumental performance responding to the site and the gathered sounds. They have put this soundscape together with visual materials gathered on-site and combined it with creative text and conversations with people who use the site.

Gavin and Tamar said, “our aim is to build up a record of place through offering the experience of unusual, little-heard sounds combined with creative responses – whilst also exploring both contemporary and historical aspects important to the place and the people who find themselves there.”

Gavin Osborn is a flautist, composer, sound artist and interdisciplinary artist. As well as 25 years performing as a musician he create projects that use a mix of sound & other elements (text, visuals, physical materials) to explore histories and stories of sites and places. These projects can be audio-visual, or installations, or performance events, or a combination of these elements.

Tamar Osborn is a saxophonist, composer, and multi-wind instrumentalist. Tamar is perhaps best known as bandleader and creative force behind modal jazz ensemble Collocutor (On The Corner Records). Having so far released three LPs and an EP with her group, she is also a long-standing member of the Dele Sosimi Afrobeat Orchestra, and performs and collaborates regularly with Sarathy Korwar, Jessica Lauren, Emanative, and DJ Khalab. Her background in both classical music and jazz, and an interest in learning about other musical traditions and cultures, have enabled her to work in many different genres and contexts around the world - recently touring worldwide with contemporary/Indian classical dancer Akram Khan’s ‘Xenos’. She has also spent many years improvising alongside DJs as well as working with artists as diverse as Kelis, Van Morrison, Rhye, tabla maestro Tanmoy Bose, and the Africa Express project with Tony Allen, Baaba Maal, Rokia Traore, and Fatoumata Diawara. She has performed at the National Theatre and Sadler’s Wells.

Gavin and Tamar are a brother and sister team commissioned to make a piece of work based on the My Three Words brief.  These examples demonstrate what type of artworks can be exhibited. They encourage anyone who wants to be creative, to make a piece of art based on a location in Goole, and submit it to the online Gallery.

This is a beautifully realised combination of sound and video. In their Conversation video, Gavin and Tamar mention the layering aspect of how they put the work together and this also being a metaphor for the history of the town.  This comes across very strongly.  The layers of intricate sounds and layers of images fading in and out through the transparent layers of water are tranquil and very beautiful. 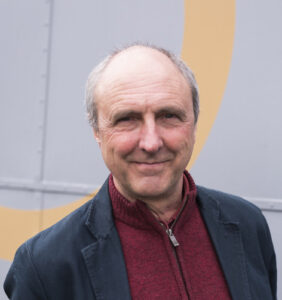